...Energy Square got its start in 1974, when the 14-story original building was constructed on Greenville Avenue. It was popular with oil and gas companies, many of which were next door in the landmark Meadows Building.

...more than 1 million-square-foot ...three Energy Square towers (14 story, 16 story, 16 story) and the historic Meadows Building next door will be connected on one level with a new park, pedestrian areas and a boulevard running through the middle of the development

...owner GlenStar Properties' principal, Matthew Omundson said. "Our front door is on Greenville, and right now, there's a service entrance in the middle. "We are going to try and create a real boulevard entrance."

And, plans call for a new 10,000-square-foot fitness center next to the new park ... an additional 10,000 to 15,000 square feet of retail space ... GlenStar plans to restore the Meadows Building's mid-century features, including graphics that once adorned the top of the building.

GlenStar bought the 14 acres ~2 years ago, and at that time pursued plans to tear down the historic Meadows Building. Historic Preservation & Community outrage saved the building, and here we have the new new beginning, combining adjacent buildings into a campus with onsite train station.

The pictures and article do not indicate a renovated connection with the train station. Doesn't DART have funding mechanism to supplement/facilitate transit oriented development? Maybe the Lovers Lane TOD infusion will come with the inevitable redo of the Office Depot-Post Office-CVS spot.

Anyway, it's sure encouraging for Dallas to see Central Expressway properties coming back into the swing of things. This redevelopment is small compared to the proposal for ~half of the former ACS HQ campus on Haskell@75, and the potential of a Caruth Plaza TOD rebuild exceeds both.
Top

Lots of parking lots around these towers that were once considered the first "suburban" towers outside of Dallas. It would be nice if they were able to repurpose the parking areas into high rise living space.
Top

That would be great to add some residential towers at this site.
Top

Yes. Especially being right at a DART stop.
Top 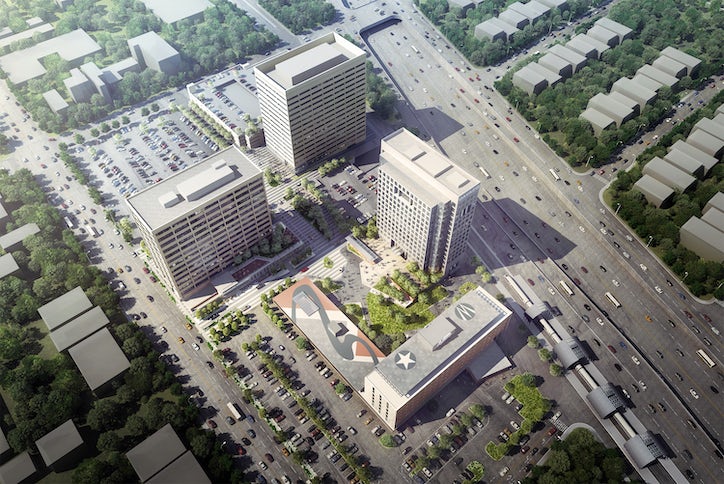 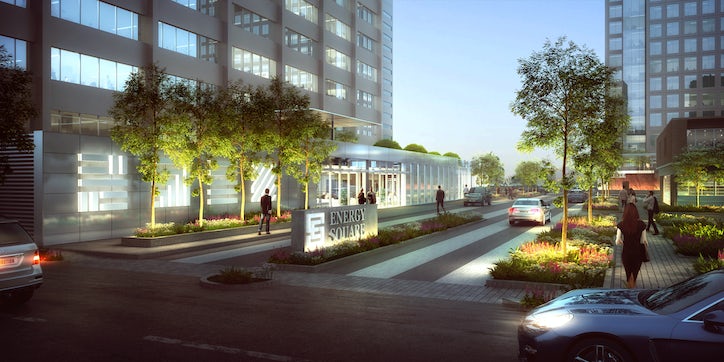 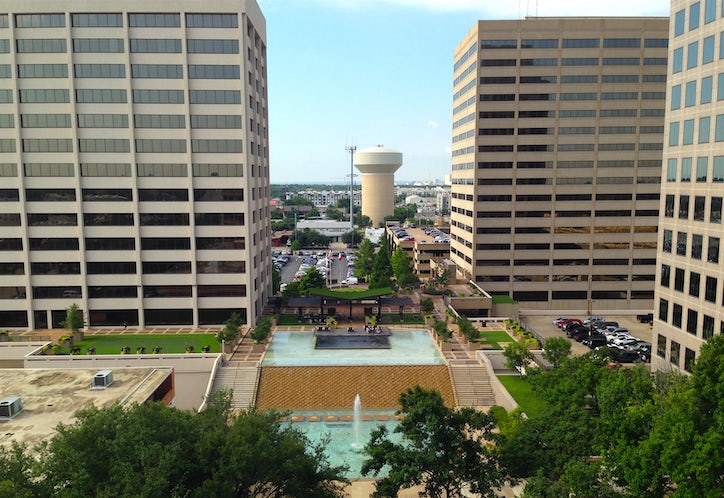 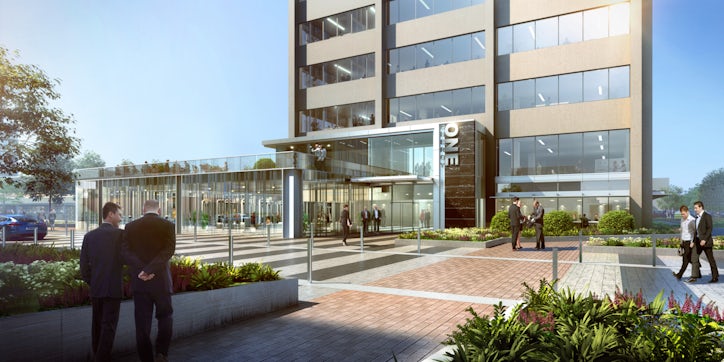 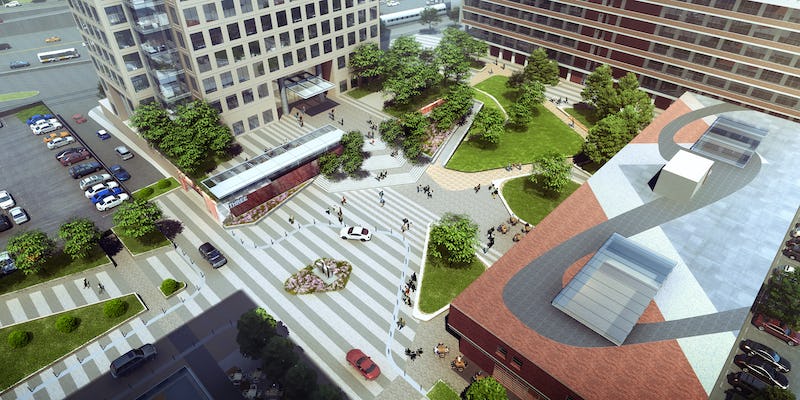 R1070 wrote:Yes. Especially being right at a DART stop.

I'm not sure why we don't see more development near DART rail stops. I know public transportation still isn't very popular in DFW, but we all know it's only a matter of time before the land next to DART rail becomes much more valuable. I'm surprised more of it hasn't been developed in anticipation of this.
Top

What is interesting is the developer makes it a point to suggest that DART station is hidden and has no presence. Then this redesign does nothing to improve that connection beyond extending the plaza towards it without any real engagement. Also, they still have giant open parking lots along Greenville Avenue. It would be great to see them a partner to consolidate parking into a garage and another development of a hotel or apartments. Even more office space would be a welcome addition.
“Growth for the sake of growth is the ideology of the cancer cell”
Top

I guess future redevelopment will have to install the wonderful pedestrian boulevard between the train station and the current renovation project to creating a $10 million auto-court-boulevard access to Greenville Ave.
Top

I fully agree with most that have posted their distain for parking garages primarily because the future of such structures is at best, limited.

However, with the next ten to fifteen years heralding in the advent of "rides on demand" the "motor" entrance will become the "electric pod" entrance and will serve an even more active and necessary service to any/all commercial buildings. Not for parking, but for pickup and delivery of people using the building. There has to be a safe "landing spot" for these new driverless pods to accept and deposit their clients. These landing spots should also be covered in order to make the weather a non-factor.

The train station, with its scheduled approach to transportation will become less crucial, albeit still useful.
Top

You are correct....TODAY higher population density drives demand. I am speaking about 10-15 years down the road.

Neither you or I know for sure what that time frame will look like, but my bet is on economics making the case for broad access to "on demand" transports. A five year old today will most likely not ever own a car or even have/need a driver's license....the economics of owning multiple cars, or even a car, will not make any sense, so, except in truly rural areas, on demand pods/rides will be abundant.

Certainly in the area that includes the Energy Square building, the availability of on demand rides as a service will be plentiful. Waiting for a train to take you "close" to your actual destination will exist, but with a flat or downward demand curve.

The acceleration of change is real and the effects of that change will alter the automotive economic model on several layers. It will occur much more rapidly than our experience foreshadows. History, particularly time history, will not be a reliable tool for judging the rate of change heading toward 2050.
Top

A couple of weeks ago...

IMG_1538.jpeg
You do not have the required permissions to view the files attached to this post.
Top
Post Reply
13 posts • Page 1 of 1

Users browsing this forum: No registered users and 39 guests